Every belle needs a good set of china, a little black dress, and a real man… 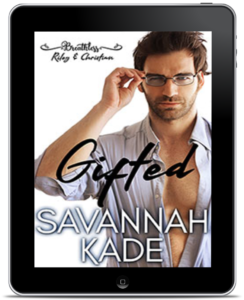 Christian Weaver is back where he never intended to be: Breathless, Georgia. Not only did he wind up coming back, he bought a house. Volunteering in Riley Zayat’s classroom for her gifted elementary students isn’t even something he intended to do–his mother roped him into it. Riley is a bright light as his life sits in flux, but will this unconventional woman finally be the one who understands a man who never fit in? Once high school sweethearts, now Bailey Ann and Finn are not quite strangers. When Bailey Ann loses both her parents she inherits responsibility for the family house, which brings her back to Breathless, Georgia, and back to Finn Malloy. History says they’re no good together, but the present doesn’t agree. One night with Finn and everything she has planned and everything she remembers about her past goes out the window. When a Native American burial ground shows up at the edge of Breathless city limits, newly minted Anthropologist Lennon Mayfair takes it upon herself to head back home and protect the site. But the land is owned by the Zemp family and younger brother Gabe has some misconceptions about Lennon’s past with older brother Brodie. Can Lennon keep her own past buried while she digs up everyone else’s? Em wakes up after a wild night in Vegas to discover she’s been sleeping in a fluffy wedding gown. Her left hand is sporting a gold band and a rock. And in the bed beside her is a hot stranger with a matching wedding band. Unable to get a divorce as quickly as they got married, Em and Keith are stuck. Luckily, they are both heading to Georgia. Always the wild child, Em has never finished anything in her life, can she get it together and hold onto to the best thing that ever happened to her?